In investigating the very early history of Ireland we are met with a mass of pseudo-historic narrative and myth, woven together into an apparently homogeneous whole, and all now posing as real history. This is backed up, and eked out, by a most elaborate system of genealogy closely interwoven with it, which, together with a good share of the topographical nomenclature of the island, is there to add its entire influence to that of historian and annalist in apparently attesting the truth of what these latter have recorded.The new polyu e admission portal is a one-stop platform aimed at handling applications of university degree courses. With PolyU e Admission, the application process is refined into three simple steps.

If in seeking for a path through this maze we grasp the skirt of the genealogist and follow his steps for a clue, we shall find ourselves, in tracing into the past the ancestry of any Milesian chief, invariably landed at the foot of some one of four persons, three of them, Ir, Eber, Eremon,[1] being sons of that Milesius who made the Milesian conquest, and the fourth being Lughaidh [Lewy], son of Ith, who was a nephew of the same. On one or other of these four does the genealogy of every chief and prince abut, so that all end ultimately in Milesius. 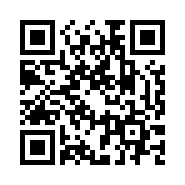